How SanCloud Supports the AGL Unified Code Base

SanCloud products are at the core of many developments in Infotainment, Instrument Cluster and Telematics. Using open source software from the AGL Unified Code Base (UCB) platform, we explore its unique offering to AGL’s vehicle manufacturer and supply chain members.

Since 2011, SanCloud has developed six versions of its BeagleBone Enhanced single board computer (SBC).

Our first automotive project began with the development of a telematics ‘black box’ as part of a research project to meet the Driver Vehicle Data Management System (DVDMS) Criteria set by the UK’s Association of Chief Police Officers (ACPO) and National Association of Police Fleet Managers (NAPFM). The criteria centered upon providing a standardized system for vehicle and driver telematics and a management tool to underpin safe and efficient driving behaviour for emergency service organisations and their staff.

Our initial DVDMS used a Small Outline Dual In-Line Memory Module (or ‘SODIMM’) that functioned solely to extract the vehicle’s CAN bus data for driver style analysis. Concurrently, we had been approached by a number of OEMs engaged in vehicle telematics projects. In addition to the DVDMS CAN bus data deliverables, their projects demanded greater processing power, a multitude of new features and multiple forms of wireless connectivity and I/O types.

In response, we sought a low-cost single board computer (SBC) to replace the SODIMM. On the merits of open source/hardware community support and scalability of its architecture, the BeagleBone Black (BBB) was selected as a very capable and cost-effective replacement. We knew we could do more to support its forward-looking automotive market customers and their increasing rate of new product development. So we set out to make several major enhancements to the BBB and launched our very first SBC known as the ‘BeagleBone Enhanced’. It is from these enhancements, that our range of SBCs were born. These credit card sized SBCs have an ARM Cortex A8 1GHz processor with soon to be released alternatives of a TI AM6x processor with Quad or Dual Arm Cortex A53 variants. 1GB DDR3 RAM, 4GB onboard flash storage and Micro SD. Other features include on-board accelerometer, 3 axis gro, barometer and temperature sensors, HDMI and LCD outputs, multiple I/Os including 3-4 USB ports, Wi-Fi, 2.1/3.0/4.0 Bluetooth and a Gigabit Ethernet connection.

At CES 2020, we debuted our new Automotive V4 Cape in the AGL booth. The Automotive Cape is an expansion module for our BBEs.  This product combination provides a highly versatile, low-cost open source development platform for all types of connected vehicle applications and the basis from which rapid, optimised design can be progressed as necessary for mass production. More information about the cape is available here.

How did SanCloud become part of AGL?

In 2017, during the development of the Automotive Cape V2, we were engaged to consult on developing an OBDII based dongle with the main requirement for the system to be based on AGL’s open source Unified Code Base (UCB). We were excited by the potential of AGL and quickly became a member. Since then, we remain committed to supporting AGL’s UCB across our BeagleBone Enhanced, Automotive Cape and future automotive products. We have subsequently discovered additional areas in which the BeagleBone Enhanced can be applied in the AGL stack.

Having the SanCloud BBE and our latest Automotive Cape featured in the AGL demo at CES 2020 in Las Vegas was a proud moment for SanCloud.  We fully support the ethos of AGL bringing together automakers, suppliers and technology companies to build a Linux-based, open software platform for automotive applications that can serve as the de facto industry standard. 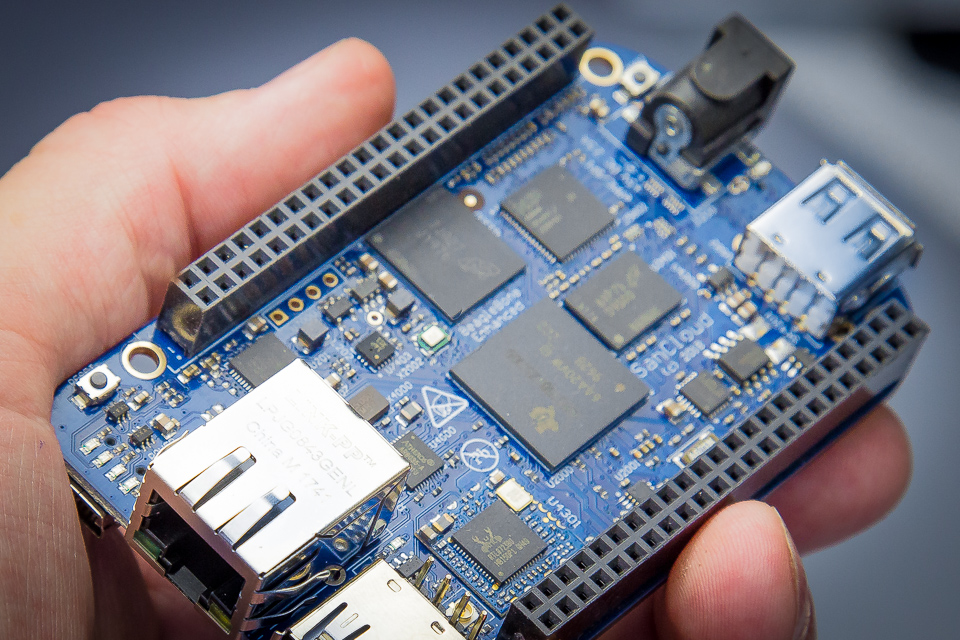 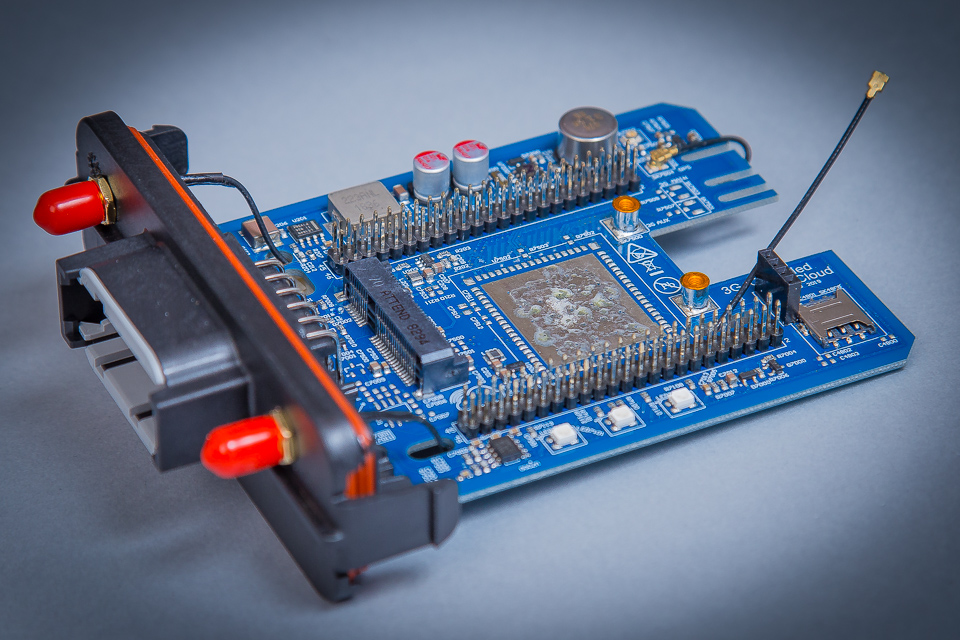 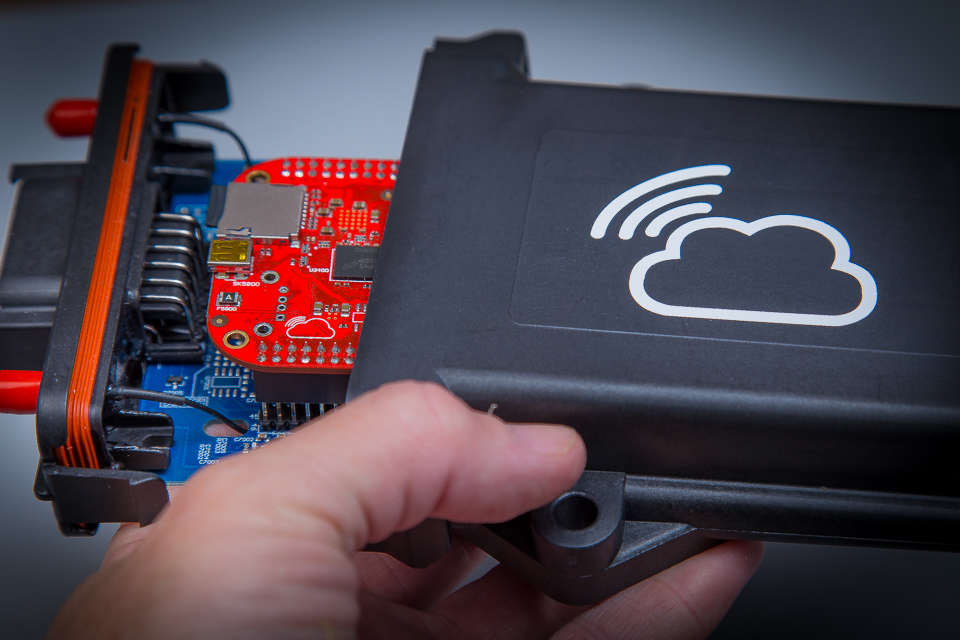 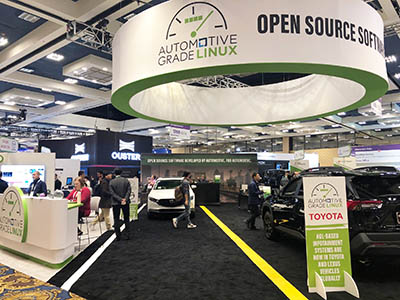 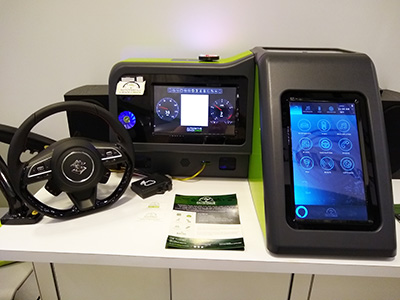 The AGL demo at CES 2020 included a demo of the Automotive Cape V4 driving CAN messages into the vehicle infotainment system.